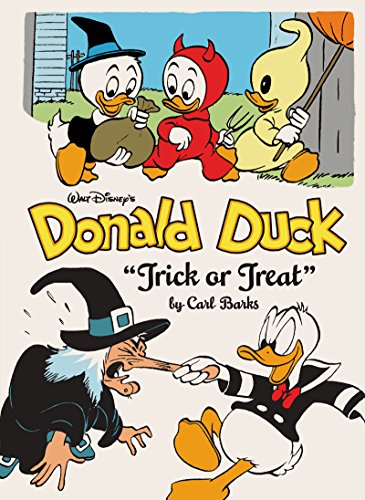 This volume kicks off with “Trick or Treat” ― a comic-book version of the classic Disney animated short, with nine pages restored ― and includes Barks’s favorite, “Omelet,” where Donald Duck becomes…a chicken farmer?! Our lead-off story, “Trick or Treat,” is the master cartoonist’s adaptation of the Donald Duck cartoon of the same name ― with nine pages added back in from the originally truncated version! Then, Donald is convinced that Huey, Dewey, and Louie’s toy gun can really put people into a hypnotic spell ― so he tries it out on Uncle Scrooge! Hijinks abound as Uncle Scrooge plants pots of gold at the foot of a rainbow to see who will handle the money best ― Donald, Gladstone, or the nephews. Also, one of Barks’s own personal favorites, “Omelet” ― the story of Donald’s slapstick misadventures as a chicken farmer (?!). Nineteen stories, plus bonus features, each meticulously restored and newly colored. Insightful story notes by an internationa . CLICK HERE TO DOWNLOAD THIS BOOK FOR FREE