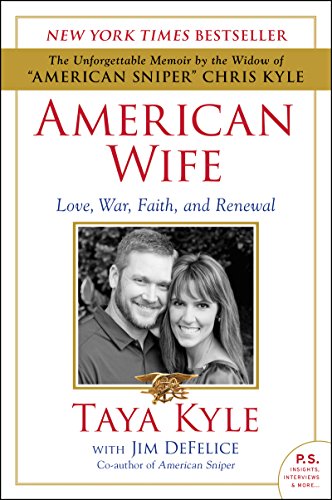 The widow of “American Sniper” Chris Kyle shares their private story: an unforgettable testament to the power of love and faith in the face of war and unimaginable loss–and a moving tribute to a man whose true heroism ran even deeper than the legendIn early 2013, Taya Kyle and her husband Chris were the happiest they ever had been. Their decade-long marriage had survived years of war that took Chris, a U.S. Navy SEAL, away from Taya and their two children for agonizingly long stretches while he put his life on the line in many major battles of the Iraq War. After struggling to readjust to life out of the military, Chris had found new purpose in redirecting his lifelong dedication to service to supporting veterans and their families. Their love had deepened, and, most special of all, their family was whole, finally.Then, the unthinkable. On February 2, 2013, Chris and his friend Chad Littlefield were killed while attempting to help a troubled vet. The life Chris and Taya fought so . CLICK HERE TO DOWNLOAD THIS BOOK FOR FREE