Descriptions The Song Machine: Inside the Hit Factory book 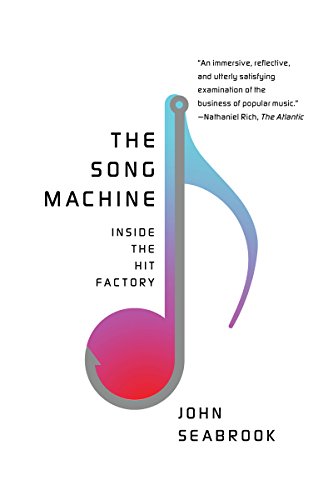 There’s a reason hit songs offer guilty pleasure—they’re designed that way.
Over the last two decades a new type of hit song has emerged, one that is almost inescapably catchy. Pop songs have always had a “hook,” but today’s songs bristle with them: a hook every seven seconds is the rule. Painstakingly crafted to tweak the brain’s delight in melody, rhythm, and repetition, these songs are highly processed products. Like snack-food engineers, modern songwriters have discovered the musical “bliss point.” And just like junk food, the bliss point leaves you wanting more.
In The Song Machine, longtime New Yorker staff writer John Seabrook tells the story of the massive cultural upheaval that produced these new, super-strength hits. Seabrook takes us into a strange and surprising world, full of unexpected and vivid characters, as he traces the growth of this new approach to hit-making from its obscure origins in early 1990s Sweden to its dominance of today’s Billboard charts.