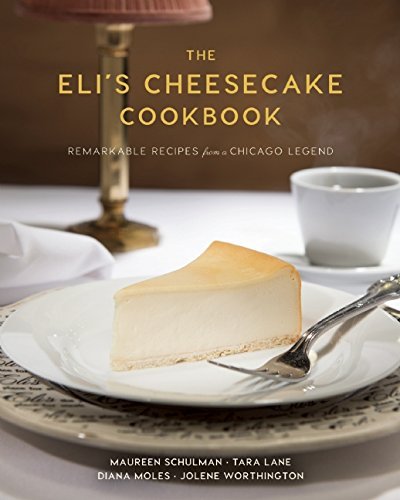 The Eli’s Cheesecake Cookbook captures the glory of this globally celebrated interpretation of one of America’s favorite desserts. Eli’s cheesecake began more than 35 years ago, rising to prominence first as a featured item at one of Chicago’s most popular restaurantsEli’s The Place for Steak, a classic steakhouse and pillar of the city’s culinary community that was also a noted celebrity watering hole. From Eli Schulman’s first cheesecake creation at Eli’s The Place for Steak to President Obama’s 50th birthday cake, this book details the storied history of one of the nation’s most famous desserts.