Descriptions Empires of the Sea: The Siege of Malta, the Battle of Lepanto, and the Contest for the Center of the World Free Ebook 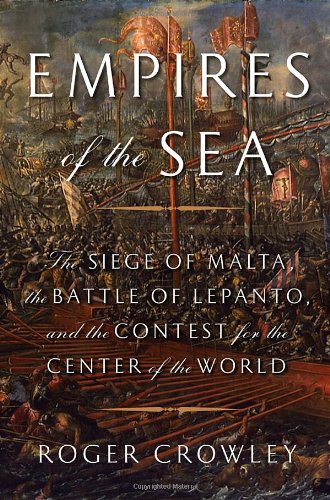 In 1521, Suleiman the Magnificent, Muslim ruler of the Ottoman Empire at the height of its power, dispatched an invasion fleet to the Christian island of Rhodes. This would prove to be the opening shot in an epic struggle between rival empires and faiths for control of the Mediterranean and the center of the world.

In Empires of the Sea, acclaimed historian Roger Crowley has written his most mesmerizing work to date–a thrilling account of this brutal decades-long battle between Christendom and Islam for the soul of Europe, a fast-paced tale of spiraling intensity that ranges from Istanbul to the Gates of Gibraltar and features a cast of extraordinary characters: Barbarossa, “The King of Evil,” the pirate who terrified Europe; the risk-taking Emperor Charles V; the Knights of St. John, the last crusading order after the passing of the Templars; the messianic Pope Pius V; and the brilliant Christian admiral Don Juan of Austria.