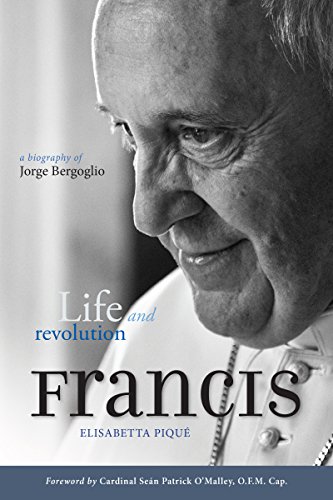 In Italy, they call him il Papa, which means “The Father.” Until his unprecedented election, author and friend Elisabetta Piqué called him Padre Jorge. He may have changed his name to become Pope Francis, but it did not change their friendship.

Since Jorge Mario Bergoglio became Pope Francis in 2013, countless books have been written to help the world understand this deeply complex yet simple servant of God. What sets Pope Francis: Life and Revolution apart from all other biographies of Pope Francis is the careful research and original investigation behind it, along with the fact that it is written by an internationally respected journalist—Elisabetta Piqué—who has remained close to the Pope since first meeting him back in 2001.

Over 75 individuals were interviewed for Pope Francis: Life and Revolution, including lay people, priests, bishops, and cardinals who have known or worked with Francis at various times in his life. Insights from these people, . CLICK HERE TO DOWNLOAD THIS BOOK FOR FREE